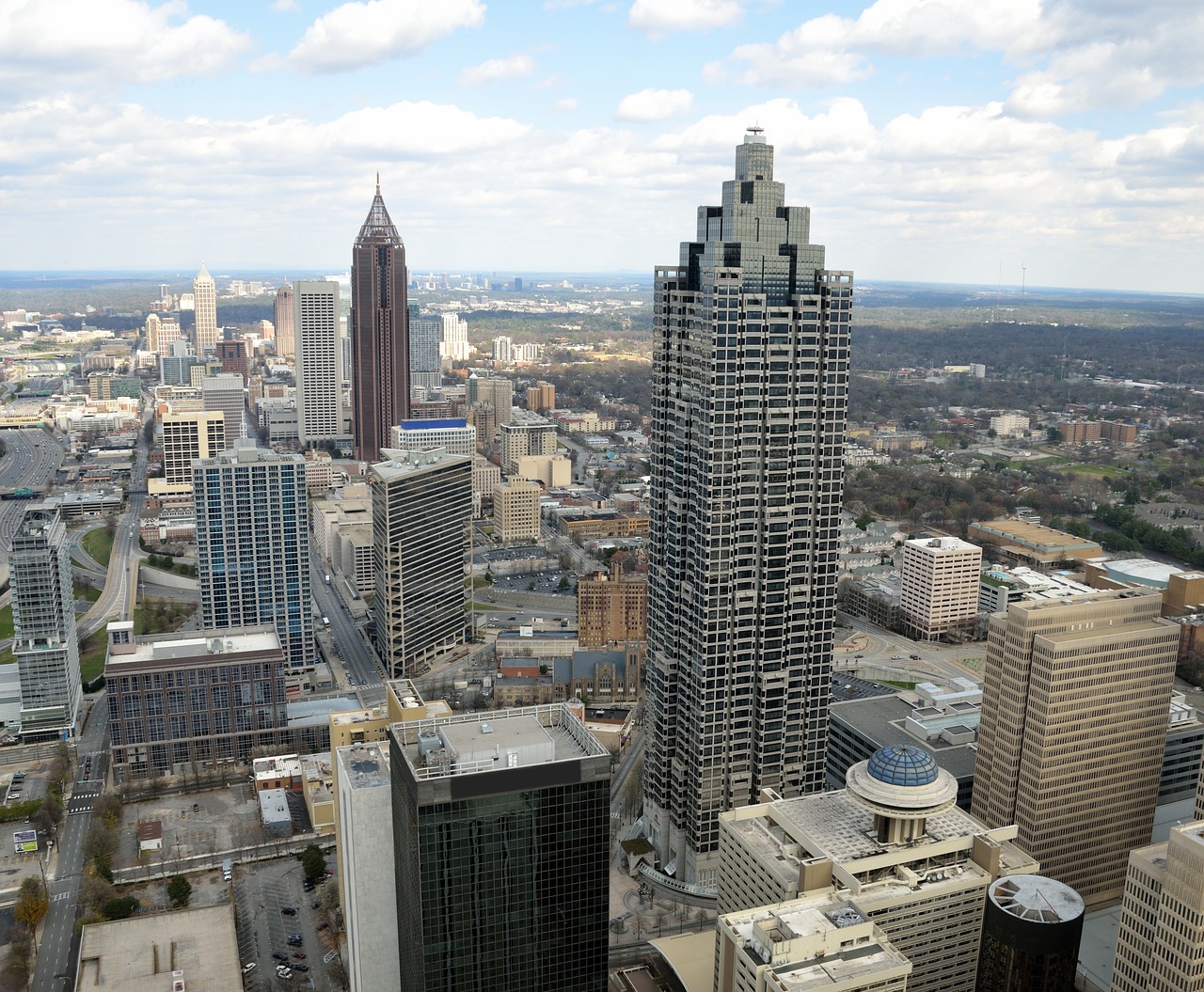 The 470 area code is a codification associated with the Atlanta metropolitan area and its surrounding regions, including Atlanta, Sandy Springs, Marietta, Johns Creek, and Dunwoody.

The 470 area code remains surrounding the same service area of the prefixes 770 and 404. It began serving in this zone as part of an overlay plan, just like the dialing number 678. These four codifications cover 29 of the 159 counties in Georgia.

In recent years, Atlanta has made a transition from a regional commerce city to a municipality of international influence. In this way, it requires a solid telecommunication service that allows the residents and local companies to develop their activities.

By 1947, AT&T and the Bell System designated the 404 area code as the only active codification for Georgia, as part of the North American Numbering Plan (NANP).

Despite, this prefix could originally to support the Georgia telephone network by itself, new codes would be added to the state in the following years.

This was the case of the codification 770 activated on August 1, 1995, and the number 678 installed on January 6, 1998. Both dialing codes started serving as part of an overlay plan to control the exhaustion conflict in the Atlanta metropolitan area, which was the service area of the 404 area code.

The introduction of codes 770 and 678 solved the saturation trouble of the system for more than a decade. Nevertheless, on February 26, 2010, the 470 area code would be included in the region; becoming in the third overlay of the original prefix 404.

Currently, the Atlanta metropolitan area is constituted by 4 area codes and has not projected the 5th codification yet.

Situated in the northeastern region of the U.S. Georgia State is defined by a diversity of landscape, Flora, and Fauna. The Blue Ridge Mountains, belonging to the larger Appalachian Mountain system cover the northernmost region of the territory.

On the other hand, the 470 area code mainly runs in the Atlanta metropolitan area; originally designated as the Atlanta–Sandy Springs–Alpharetta, GA Metropolitan Statistical Area. Encompassing around 6 million residents, it is the most populous of Georgia’s metro area and the 9th most populous of the nation.

The population of this metro area expands across 8,376 square miles and it’s divided into 93 cities and suburbs and 29 counties; including Fulton, Gwinnett, Clayton, DeKalb, among others. It should be noted that Georgia possesses more counties than any other state in the country except for Texas.

The 470 is assigned to the Eastern Daylight time zone, just like the whole Georgia territory. Moreover, it contains 322 non-unique postal area zip codes and covers a total area of 7903.41 square miles.

As it was mentioned before, the 470 area started running in 2010, being the most recent codification added to the state and one of the youngest in the country. In contrast, the oldest prefix is the 404 area code, established in 1947 and overlaid by the 470 code.

The southwestern region of Georgia works with the 229 area code, installed on August 1, 2000. This prefix was split off from the codification 912, which serves southeastern Georgia. Both numbers are the only prefixes functioning in its service area.

The most employed dialing code in Georgia is the 770 area code, providing service for more than 4.7 million users, in the same region of the 470 code.

3. Most Important Cities in the 470 Area Code

Established in northwestern Georgia, Atlanta possesses a population estimated at 524k inhabitants, becoming the most populous city of the state and the 37th most populous of the nation. Being the capital, this municipality symbolizes an iconic center in terms of finance, commerce, and services.

This city serves as the seat of Fulton County, the most populous Georgia’s county. However, some sections of the city sprawl across DeKalb County too.

Currently, several major companies are headquartered in Atlanta or its nearby suburbs; some of them ranked in the top 100 fortune companies of the U.S. including Coca-Cola Company, Home Depot, and United Parcel Service.

Incorporated in December 2005, Sandy Springs encompasses over 107k residents, becoming the 7th most populous city in Georgia and the second one covered by the prefix 470, just After Atlanta.

Located in Fulton County, it is considered an inner suburb of the capital. Covering a total area of 38.52 square miles, it borders Cobb and DeKalb County, Roswell, Dunwoody, and Brookhaven.

Corresponding to the Atlanta metro area Sandy Springs is the site for several corporate headquarters like Inspire Brands, and Mercedes-Benz.

4. Other Important Locations and ZIP Codes of the 470 Area Code

Some of the most relevant counties served by the 470 area code are:

How many area codes are there in Georgia?

Georgia State disposes of 9 area codes, being the Atlanta metro area the region with a major quantity of codifications (4).

What is the most employed area code in Atlanta?

The most populous prefix is the 770 area code serving over 4.7 million users. It is also the most employed in the whole state.